How Does Laser Engraving Work?

A beginners guide to laser engraving process.
Laser EngraversGuides
Published on November 24, 2021
No Comments
Updated on 5 hours ago
Disclaimer: Each product we feature has been independently selected and reviewed by our editorial team. If you make a purchase using the links included, we may earn commission.
Table of Contents
I. Differences Between Laser Marking, Etching, and Engraving:
II. How Does Laser Engraving Work?
III. How Does Custom Engraving Work?
IV. Advantages of Using a Laser Engraver:
V. Frequently Asked Questions:
VI. Conclusion:

There are several applications of engraving technology. It is used in both the manufacturing and customization sectors. However, you need to consider the type of project and choose a suitable method for the best results. Therefore, in this article, I will discuss all there is to know about how does laser engraving work?

Laser engraving is a vast field with infinite possibilities. However, you need to be clear about the general idea of a few terms to fully understand the nature of your project. In this regard, laser engraving, marking, and etching are the most common terms. All these words are often used interchangeably.

However, there are a few key differences depending on the material and type of the project. A clear idea about the concept will help you fully understand what the customer is asking from you.

Moreover, you don’t need special equipment, and you can perform all these tasks using the same laser engraving machine.

Laser etching is a process that includes melting the topmost layer of material to carve the desired design. Laser etching on a material slightly raises the sides of the groove and forms high-contrast results. However, it is very different from laser engraving.

For instance, an engraving laser penetrates up to several millimeters while the etching laser only goes to the thousandth of an inch. Laser etching has several applications in the manufacturing sector as it can imprint useful information on the casing without damaging the vital components inside.

Laser engraving is a process in which the outermost layer of the material is vaporized to form grooves. You can adjust the thickness and depth of the groove by adjusting the laser power and speed.

Usually, laser engraving is more permanent than etching. It is because a laser engraver penetrates up to several millimeters in the material.

Moreover, you can use different types of laser to engrave on special materials. It is a computer-controlled process that produces accurate results in a minimum amount of time.

Laser marking is a completely different concept than engraving and etching. It uses a low-powered laser to discolor the topmost layer of the material.

However, the material remains intact in the process, and the laser doesn’t penetrate into the material itself. Usually, a diode or fiber laser is used for marking, and the power and speed of the laser vary from material to material. Most of the time, laser marking is useful to imprint useful data on plastic goods.

How Does Laser Engraving Work?

As mentioned above, laser engraving is a process of removing a portion of the material to imprint images, data, and text. The whole process is based on a computer engraving machine so that there is little to no chance of error.

The laser engraving machine consists of a powerful laser module supported by several mirror lenses. These lenses allow the device to focus a powerful laser beam directly on the material. The material starts vaporizing as soon as it comes in contact with the beam.

Moreover, some devices also provide advanced safety features to prevent material damage and overheating. A major benefit of laser engraving technology is that it saves you the time, money, and effort in the process that’d otherwise take several hours.

Steps Of The Laser Engraving Process:

How Does Custom Engraving Work?

A genuine logo consists of a combination of vector and raster images. Moreover, brands use a combination of different materials on the signboard. So, you have to get creative with the process to achieve desirable results.

For instance, when laser etching the logo, you have to use multiple laser settings for the board. Similarly, the process is completed in two stages.

First, you start with the raster part of the image as it is more time-consuming. Once the process is finished, you now load the settings and concepts of the vector portion of the image.

This provides greater details and enhances the grey laser engraving of the design. There are numerous other examples of custom engraving. I suppose the general concept is clear from this example.

Advantages of Using a Laser Engraver:

How does laser engraving work on wood?

The wood starts to vaporize as soon as it comes in contact with the laser beam. The laser penetrates up to a few millimeters in the material to form grooves. These grooves are sealed with the laser for permanent effects.

How does color laser engraving work?

Color laser technology utilizes the power of oxidation and paints for the process. The laser forms an oxidized surface in the grooves to reflect visible light. The grooves are then filled with the required color, just like a color printer to form color laser engraving.

How does laser engraving work on leatherwork?

Leather has very similar properties to wood. It quickly vaporizes under 40W or above laser power. Moreover, the laser engraving leaves molt at the surface for grey contrast. The laser melts the leather material to form grooves. You can fill the grooves with white paint for the best results.

Engraving is an ancient technique used since prehistoric times. It includes cutting the topmost micro-surface of the material to form grooves or cavities. However, the whole process of mechanical engraving is very complex and time-consuming.

Luckily, laser engravers make the job easy for you by automating the process. In this article, I’ve discussed everything that you need to know about the laser engraving process. 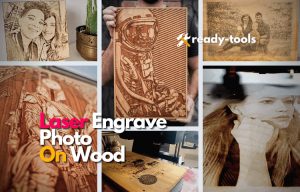 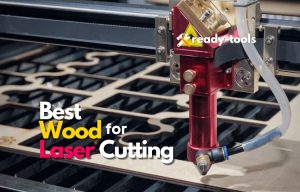 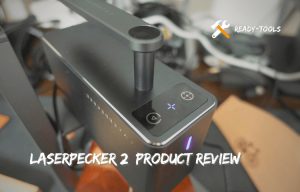 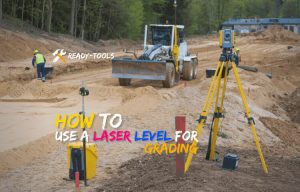 Laser LevelGuides
How to Use a Laser Level for Grading?
February 23, 2022