The Most Economical Laser Engraver
Laser EngraversReviews
Published on September 25, 2021
No Comments
Updated on 3 months ago
Disclaimer: Each product we feature has been independently selected and reviewed by our editorial team. If you make a purchase using the links included, we may earn commission. 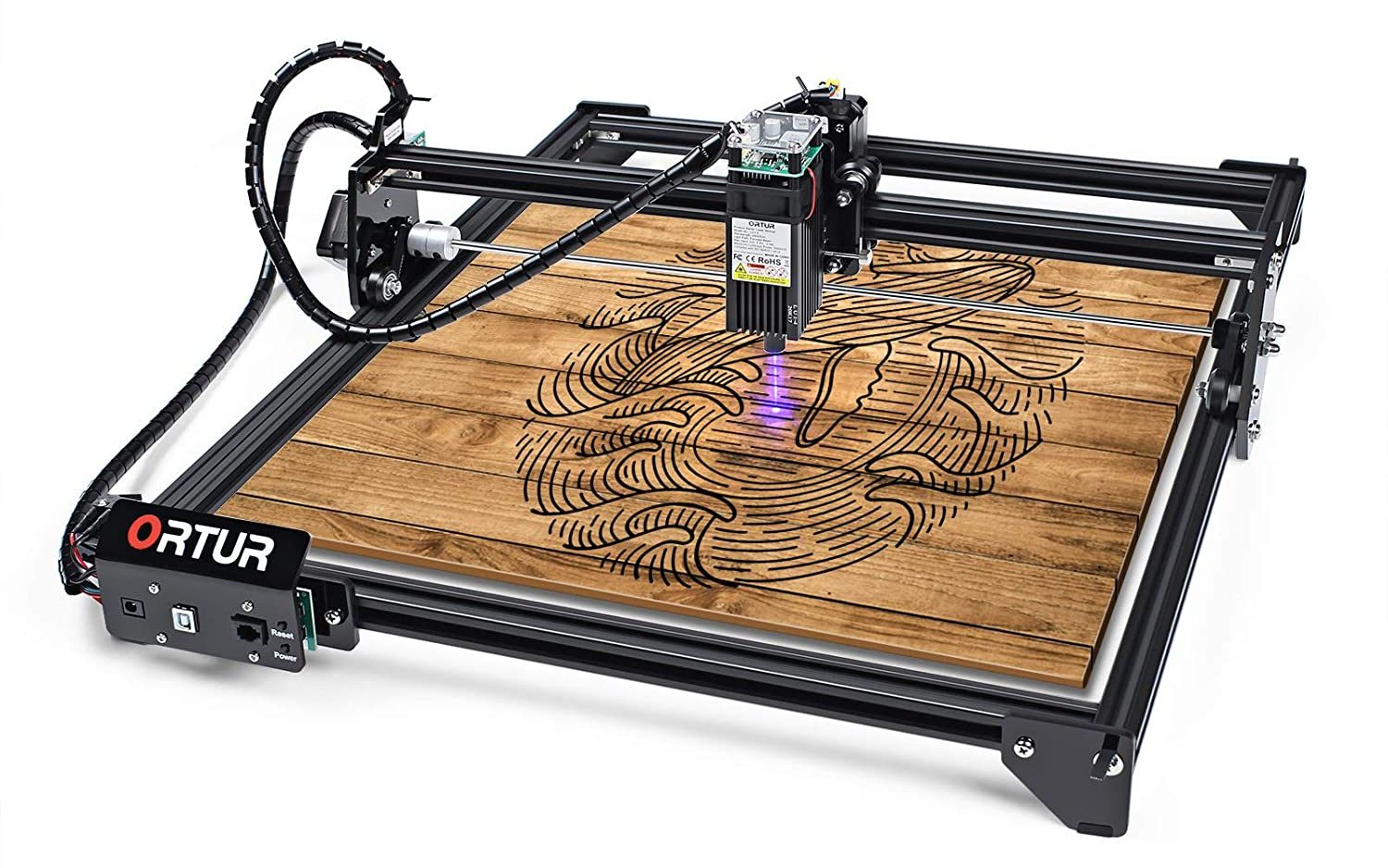 Bottom Line:
Because there aren’t many other tools that automatically optimize your cutting for you, a considerable bit of trial and error is necessary. Despite this, the Ortur heralds in a new age of affordable laser cutting, and once you’ve figured out the best settings for your needs, it’s a highly efficient laser cutter.

Buy on Amazon
Buy on Ortur.net

The Ortur Laser Master 2 is causing a stir in the industry regarding laser engraving machines. Over time, laser engraving has risen to become the preferred method of marking for most industrial marking solution suppliers. Therefore, traditional engraving firms are shifting their investments to digital marking services, particularly laser marking.

Laser cutting is the most effective method of incorporating a personal touch into your products. There is a new application for a laser every day, from printing logos on cards to engraving initials on cutting boards. The only drawback is that they are quite costly. The Ortur Laser Master 2 is the greatest low-cost laser cutter available. It has quickly gained popularity as one of the most preferred DIY Fan laser kits for ambitious creators worldwide.

According to the results of our tests, if you want to conduct any serious laser cutting, diode lasers will not be a good or ideal choice. However, if you want to engrave your items, this is a fantastic choice. It specialized in laser engraving on various materials, including woods, hardwood, board, Paper, and even granite. You can also engrave acrylic, however: make sure to work in a great ventilated place because the toxicants are harmful to your health.

First and foremost, the Ortur Laser Master 2 is a lightweight and portable device, coming in at less than 4kg in total. Assembly should take no more than 45 minutes, even for those who are new to laser cutting. You will likely be able to complete the Master 2 build in less than 20 minutes if you are experienced in DIY projects.

When it arrives, it is mostly built, with the only pieces that need to be put together being those that would make the laser cutter far too large to be sent effectively. Only the three legs and Ortur interface need to be attached. The X motor laser module needs to be screwed into the four points on each side of the frame. The wires need to be attached to each point on the frame.

The instructions are straightforward, and even if you have difficulty following them, there are several other resources available online that will walk you through the process of creating the Ortur Laser Master 2 in greater depth.

Nothing is especially tough, and the only moderately tiresome portions were the few times I had to remove one side of the belt and replace it after it had moved slightly during a subsequent construction stage. It took less than two minutes to redo this, and we would describe the Ortur Laser Master 2 as simple to assemble in general.

To achieve the best results with smaller patterns and cuts, we recommend using a big sacrificial material block that you don’t mind destroying with a clearly defined and gridded pattern if you don’t already have one set up. This is less important for engraving because you will not be cutting through the material. Still, it is important for cutting because it will prevent the surface on which your laser cutter is mounted from becoming damaged.

Along with making it simpler to match up your drawings, the grid on the block is also useful. Even minor mistakes in material placement may damage your material if your design overflows over the edge, which is especially true if you’re working with tiny blocks of material like the 90mm-tall wood slabs we utilized.

It’s simply a square frame of extruded tubing that’s bolted together, with the laser module positioned on runners on top of the frame. This allows the movement of the tool head along the X and Y axes over the work area, controlled by a computer-connected 32-bit motherboard and stepper motors.

The design is straightforward; first, there is the mechanical hardware, followed by the control board. This control board comprises a power socket and a USB connection, as well as two buttons that turn on and off the power, and that’s about it.

You are immediately exposed to the laser’s light, strength, and fumes because the Ortur Laser Master 2 doesn’t quite come with an enclosure or cover; instead, it is an open-air laser cutter that does not provide any filtering.

When you purchase the Ortur Laser Master 2, you will also receive safety glasses to protect your eyes from any laser or debris damage. These glasses must be properly covered when using the laser. It’s still preferable to leave the area when engraving any materials, and it’s especially important to keep the active machine away from any coworkers, friends, or family members who might be there.

The Ortur Laser Master Engraver 2 is available in three different power levels: 7W, 15W, and 20W. However, you should be aware that this relates to the amount of power entering the laser module, rather than the amount of power coming out of the laser module, as in my review unit. According to the manufacturer’s website, the real power of the 15W version is around 4.5W.

Possessing a laser is one thing; having a laser system is another. Another method is to send a design to a laser. This used to be a tough and time-consuming task, but Ortur provides you with a handful of excellent options.

Furthermore, unlike LightBurn, it does not include an in-built editor, so if you want to build your font templates or vectorize pictures, you will need to use a photo editing application such as Inkscape instead. Regarding material-specific laser power and speed settings, Ortur supplies a document with some reference values, and the Ortur LaserGRBL profile has a variety of preset choices for various surfaces.

For our initial test, we used a 50% laser power and only one laser pass. We used plywood that had some adhesive between thin wood layers and tried etching our brand on it.

In the end, the only impacts were surface discoloration, and no material was sliced through to create depth. So we tried again with a 75% laser power and only one laser pass—much better results, with deeper engravings that contrasted more with the plywood.

The tricky sections, such as the tagline under the logo and the tiny bits of the drill image to the right, were less crisp, and the engraving on the letters was uneven. We attempted again at 75% power with a second laser pass.

Intricate sections benefited greatly from this, making things pop and contrast better with the surrounding material. There was elaborate lettering beneath and a drill image on the plywood that was crisp and readable.

Then we engraved the 3DSourced logo. The cube’s three visible sides were of various colors depending on the light source, and the darker sections were deeply carved to produce a darker engraving.

We utilized two passes at 90% laser power for a deeper cut into the board and a more contrasted finish. We feel the smaller tagline would have been sharper with greater laser tuning, and further tests revealed it is capable of excellent resolution.

Buy on Amazon
Buy on Ortur.net

What is the capability of Ortur Laser Master 2?

Instead of relying solely on S0-S255, Ortur Laser Master can precisely control the laser beam and even “create” a photo on paper using a high-powered laser unit.

Is Ortur a reputable brand?

Yes, it’s a powerful laser cutter at an affordable price.

What kind of software does Ortur Laser utilize?

If you are searching for a low-cost way to get started in the realm of lasers, this can be an excellent option. However, even if diode lasers are not quite as strong as other types of lasers, they begin to open up the possibilities, particularly if you are seeking to engrave. And this is the machine I will recommend in the future if you are looking for a diode laser machine. Because of the low price and big work surface, it is an excellent value. 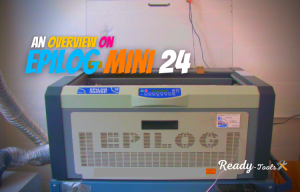 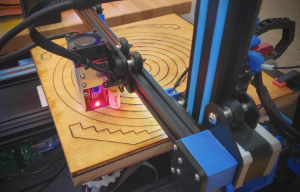 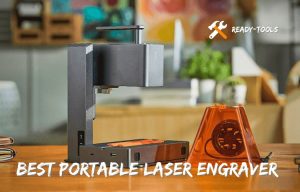 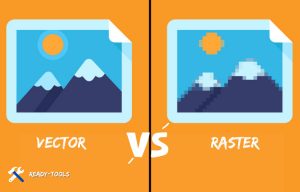 GuidesLaser Engravers
Raster Vs. Vector Images: Which Are Better?
April 17, 2022