Raster Vs. Vector Images: Which is Better Option?

Using this comparison, you can determine the format required by your engraver
Laser EngraversGuides
Published on April 17, 2022
No Comments
Updated on 5 hours ago
Disclaimer: Each product we feature has been independently selected and reviewed by our editorial team. If you make a purchase using the links included, we may earn commission.
Table of Contents
Raster Images for Laser Engraving:
Vector Images in Laser Engraving:
Raster vs. Vector: What are the Differences?
Raster Images:
Raster is Easy to Generate:
Raster Consumes Fewer System Resources:
Raster Is Universally Compatible:
Vector Images:
Vector Is Lightweight:
Vector Is Multifunctional:
Vector Is High-Quality:
Which One Should You Use?
Frequently Asked Questions:
How expensive to draw in Vector vs. Raster?
How to tell Vector vs. Raster data?
How to vectorize an image?
Conclusion:

Laser engravers use a powerful laser beam to etch, cut, and engrave various materials according to the design. However, you must provide the input design in the form of a digital image. Generally, the images are either in Raster or Vector format. The quality, performance, and depth of your engraving depend on the input file. Therefore, it is important to understand the difference between Raster Vs. Vector images so that you don’t waste your hard work and efforts. This article will discuss the major differences between Raster and vector images for laser engraving to help you get started with your projects.

Raster images are made up of millions of small pixels; each pixel represents a portion of the image. However, the resolution of the image remains constant, and the image will become distorted when you zoom beyond the safe limits. The raster images are better known as bitmap images. A bitmap is a mapping from some domain in computer graphics, i.e., binary, pixels, orbits. The best definition of Raster laser engraving is that the laser moves back and forth while printing the design one line at a time, the same as an ink-jet printer.

Unlike Raster images, the Vector images are made from lines and curves, also known as paths. The path is formed by a mathematical formula that determines the color and shape of the path. The major benefit of a Vector design is that it doesn’t lose quality or clarity even at maximum zoom. However, only a few software applications can generate the Vector or Scalable Vector Graphics (SVG).

So, it is important that you get a good grip on professional tools like AutoCAD, Illustrator, or CorelDraw to design in Vector format. Vector laser engraving is very similar to Raster as the laser movement is bi-directional in this case as well. However, laser engraving Vector is a bit faster than Raster because the laser moves from point to point instead of line by line.

Raster vs. Vector: What are the Differences?

Vector and Raster graphics appear the same except for clarity. However, the main difference appears only when you zoom in on the two images.

Raster images or bitmaps are composed of small pixels, the smallest unit of computer graphics. A single Raster image is made up of millions of tiny square pixels. When you zoom on the Raster image, you will notice numerous small squares of different colors; these squares are the pixels. The Raster images are not preferred for engraving as it leaves out distortion, especially around the edges.

Raster is Easy to Generate:

Raster is the most common computer graphic format supported by almost every software. You don’t need to be a professional graphics designer to generate a Raster image, as it even works with common tools like MS Paint. Furthermore, you don’t need to worry about distorted lines when generating a Raster image.

Raster images are pre-defined pixels that don’t need to be rendered every time you open a file. For instance, a Raster image will appear the same whether you open it on your home PC or a supercomputer. In short, you don’t need a special system to work with Raster bitmaps.

All laser software applications like ezCAD, Lightburn, and Grbl support Raster image. Once you generate a file, you don’t need to worry about software compatibility as long as you aren’t using a custom application.

Vector images are made up of lines and curves instead of pixels. The lines remain undistorted even at maximum zoom. So, resizing a design won’t be an issue unless your software converts it to Raster. Furthermore, Vector files allow adjusting the laser power for different engraving products.

Vector images are usually smaller than a Raster image. The main reason is that the system doesn’t store millions of pixels, and the image is simple dots, lines, and curves. Moreover, Vector image engraving is usually faster than Raster because the laser only engraves one point at a time.

With Raster graphics, you are only limited to photography and print media. On the contrary, you can generate a Vector file for logos, fonts, curved designs, patches, printing, and artwork. So, it won’t be wrong to say that the future of computer graphics lies in Vector imagery.

Vector images don’t lose clarity even after resizing. The lines and curves remain intact at maximum zoom. So, you can use a single design file for engraving different small and large materials. Furthermore, engravings generated by a Vector file are usually more elegant, clear, and sharp than Raster.

Which One Should You Use?

In my opinion, both Raster and Vector files are suitable for engraving as long as you use them wisely. For instance, a Vector image works best when you are working on a flat surface, and the design is 2D. Moreover, images that are clear with lines and curves are ideal for Vector engraving. Similarly, if you plan on engraving a 3D design, then a Raster image is the way to go. A raster image can engrave precise and intricate details onto your material.

How expensive to draw in Vector vs. Raster?

The expense is irrelevant in the case of Vector vs. Raster engraving. The high costs of any engraving depend on your laser engraver, the material, and whether you design it yourself or not.

How to tell Vector vs. Raster data?

The best way to differentiate a Vector data from Raster is to open it on your PC. Once the file is open, start zooming in to the maximum scale. If you notice numerous squares or pixels, it is a raster file. Otherwise, the design will be Vector. Similarly, you can also differentiate between Vector and Raster by checking the file format and the file size.

How to vectorize an image?

The easiest way to Vectorize an image is to use a professional graphics designing tool. Adobe Illustrator is one of the most common examples of the tool. Import the Raster file in Illustrator and select convert to vector from the object settings.

Digital graphics are either in Raster or Vector format. However, the two types of imagery have their pros and cons for laser engraving. For instance, the Vector images don’t get distorted on zooming or resizing, and Raster images provide excellent color clarity and depth. Therefore, it is important to understand the difference between Raster Vs. Vector images, this article is here to help you out. 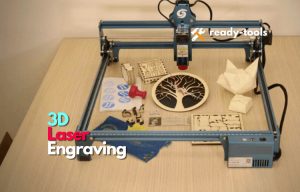 GuidesLaser Engravers
What is 3D Laser Engraving and How Does it Work?
November 27, 2021 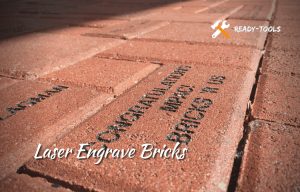 Laser EngraversGuides
How Much Does Laser Engraving Cost in 2023?
November 6, 2021 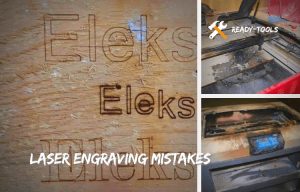